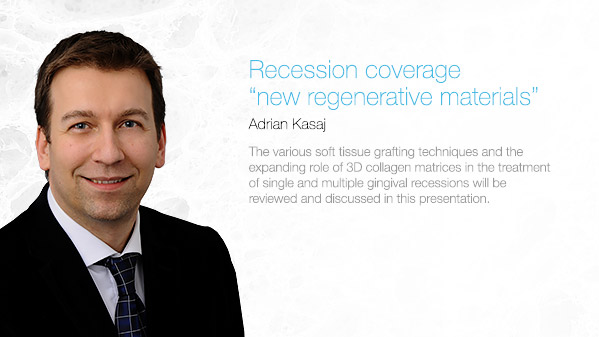 In recent years, a variety of surgical procedures have been proposed to obtain root coverage and increase the width of attached gingiva, including pedicle flaps such as coronally or laterally advanced flaps, free gingival grafts, and subepithelial connective tissue grafts. In terms of root coverage and gain in keratinized tissue, the connective tissue graft (CTG) is the most predictable procedure and considered as the gold standard for root coverage care. However, major shortcomings of harvesting CTGs are patient morbidity associated with the second surgical site, as well as the limited supply of donor tissue for the treatment of multiple recession defects. More recently, the use of 3D collagen matrices of porcine origin has been introduced as a soft-tissue graft substitute and possible alternative to CTG in periodontal plastic surgery.